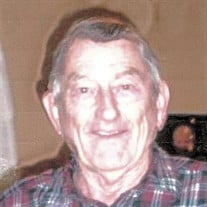 Danny R. Blubaugh, 82, passed away on Saturday, March 14, 2020 at his home in Lebanon, Indiana. He was born in Mechanicsburg, Indiana, on January 20, 1938; a son of the late Floyd R. Blubaugh and Marjorie (Whitaker) Leffingwell. He was a 1956 graduate of Jackson High School in Clinton County. On August 25, 1956 he was married to Wilma (Barrett) Blubaugh; she survives, and they shared 63 loving years together. In 1959, Danny was a manager in the parts department for Lake Central Air which later became U.S. Airlines, retiring in 1994 after 34 years of dedicated service. He was an active member of the “Coffee Club” at Sigler’s Restaurant, who enjoyed afternoons with good friends. Danny was a great basketball player in his younger days and loved watching basketball games and tournaments. He was a hard worker who enjoyed tinkering in his garage while listening to the radio and took great pride in his family and their activities. Survivors include: Wife: Wilma Blubaugh of Lebanon, Indiana Daughters: Cindy (Joe) Highland of Rockville, Indiana Alicia (Rob) Strong of Lebanon, Indiana Son: Steven (Theresa) Blubaugh of Frankfort Sister: Bonnie (Jack) Payne of North Port, Florida Son-In-Law: Doug Johnson Eight Grandchildren: Scott (Angela) Highland Shawn (Ryan) Ullman Nicole (Aaron) Biggs Jason (Sandy) Strong Elizabeth (Carl) Dunbar Stephanie (Mike) Maglothin Eric (Summer) Blubaugh Tyson (Rose) Williams Sixteen Great Grandchildren In addition to his parents, Danny was preceded in death by one daughter, Susie Johnson and a brother, Stanley Blubaugh. A Celebration of Life will be held on Wednesday, July 22, 2020 from 4:00 p.m. to 8:00 p.m., at Myers Mortuary, 1502 North Lebanon Street, in Lebanon, Indiana. In lieu of flowers, memorials may be made to the Witham Cardiopulmonary Rehabilitation Services, 2705 North Lebanon Street, North Pavilion, Suite 105, Lebanon, IN 46052. Myers Mortuary and Boone County Crematory have been entrusted with his care.

Danny R. Blubaugh, 82, passed away on Saturday, March 14, 2020 at his home in Lebanon, Indiana. He was born in Mechanicsburg, Indiana, on January 20, 1938; a son of the late Floyd R. Blubaugh and Marjorie (Whitaker) Leffingwell. He was a 1956... View Obituary & Service Information

The family of Danny R. Blubaugh created this Life Tributes page to make it easy to share your memories.

Send flowers to the Blubaugh family.