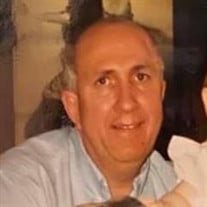 Colonel Donald Maurice Cunningham, 79, passed away on January 2, 2021 at Witham Memorial Hospital in Lebanon, Indiana. He was born in Lebanon, Indiana on March 22, 1941; a son of Edna May (Batts) Cunningham and the late Lewis Maurice “Jake” Cunningham. Don was a resident of Boone County most of his life and a 1959 graduate of Pinnell School. Following high school he attended Purdue University for a short time. He lived in Boynton Beach and Lake Okeechobee, FL for a time during retirement before returning to rural Lebanon in 2002. He was married to Sue (Bray) Russell (formerly Cunningham) on November 19, 1960 and Nancy (Engle) Cunningham (formerly Peyton) on June 24, 1989. They divorced and both survive. Although he retired as a foreman from Allison’s Transmission in Indianapolis, his passion was being an auctioneer. He loved auctions, garage sales and flea markets, especially Shipshewana, IN. He and his family also owned and operated Cunningham New & Used Furniture Store on Indianapolis Avenue in Lebanon. Family vacations were typically camping and boating on various lakes in Indiana and Kentucky. He was a huge sports fan especially anything Purdue! Survivors include his mother, Mrs. Edna May Cunningham – Lebanon, IN; children, T. Michelle “Shelley” Stergar and husband, Mark – Brownsburg, IN; Daniel R. “Danny” Cunningham and wife, Melanie – Trafalgar, IN; Sheryl A. Wilhoite and husband, Daniel – Shelbyville, IN: grandchildren, Tiffany N. Logan – Morgantown, IN and James C. (Jimmy) Cunningham – Trafalgar, IN; one sister, Charlotte (Tom) Hadley – Columbus, IN and one brother, Jerrell A. “Jerry” (Pam) Cunningham – Lebanon, IN. Funeral Services are planned for 4:00 p.m. on Saturday, January 9, 2021 at Myers Mortuary, 1502 North Lebanon Street in Lebanon, Indiana with visitation from 2:30 p.m. until the time of the service on Saturday at the funeral home. Visitors are asked for follow the CDC guidelines, please wear a mask and practice social distancing. Interment will follow services at Old Union Cemetery in Boone County, IN. Memorials may be made to the Community Foundation of Boone County, 102 North Lebanon Street, Suite 200, Lebanon, Indiana 46052.

Colonel Donald Maurice Cunningham, 79, passed away on January 2, 2021 at Witham Memorial Hospital in Lebanon, Indiana. He was born in Lebanon, Indiana on March 22, 1941; a son of Edna May (Batts) Cunningham and the late Lewis Maurice &#8220;Jake&#8221;... View Obituary & Service Information

The family of Don M. Cunningham created this Life Tributes page to make it easy to share your memories.

Send flowers to the Cunningham family.