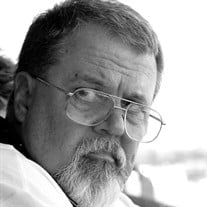 Donald Robert “Bob” Hulse, 78, of West Lafayette, Indiana, passed away on October 25, 2020 at IU Health Arnett Hospital in Lafayette. He was born in Indianapolis, Indiana on February 22, 1942, a son of the late Robert Carl and Edith M. (Robinson) Hulse. Following a prior marriage, he married Doris A. (Poole) Hill Hulse in 1989 and she survives. Bob was a 1960 graduate of Lebanon High School. He had a strong work ethic, which began at the age of 11 delivering newspapers. Following a year at Purdue University, he left and became a Chevrolet mechanic for 4 years. He then completed a 5-year tool & die journeyman certification, which carried him through a 52-year career. Bob owned several small businesses throughout his life and, after retirement, he owned and operated RD Lasercut. Bob was a longtime Lebanon resident before moving to Brownsburg. During his time in Brownsburg he was very involved in the community, where he was a Cub Scout master, little league baseball coach and was a member of the volunteer fire department in Brownsburg and held an EMT license. He was also president of Wabash Valley Tractor Pulling Association. Bob and Doris lived several years in Portland, Oregon before moving back to West Lafayette. He enjoyed building radio control aircraft and street rods, collecting guns, and spoiling his dogs. Survivors include his wife: Doris Hulse of West Lafayette, Indiana Children: Robert A. (Holly) Hulse of Augusta, Georgia Randall A. Hulse of Indianapolis, Indiana Richard A. (Kim) Hulse of Tucson, Arizona Ronald A. (Sherri) Hulse of Avon, Indiana Roger A. Hulse of Tucson, Arizona Dawn E. (James) Scott of Lawton, Oklahoma Diana C. (Troy) Niswonger of New Paris, Indiana Darrin M. (Brandi) Hill of Hastings, Oklahoma 19 Grandchildren 15 Great Grandchildren Two Brothers: William J. Hulse of Plainfield, Indiana Bradley W. (Char) Hulse of Lebanon In addition to his parents, Bob was preceded in death by infant siblings Mary and Richard. Public Visitation is planned from 2:00 - 4:00 p.m. on Friday, October 30, 2020 at Myers Mortuary, 1502 North Lebanon Street, in Lebanon, Indiana. Private Family Funeral Services will be held at 4:30 p.m. at the funeral home. Boone County Crematory has been entrusted with his cremation arrangements following services. In lieu of flowers, memorials may be made in his memory to your local humane society.

The family of Donald R. "Bob" Hulse created this Life Tributes page to make it easy to share your memories.

Send flowers to the Hulse family.