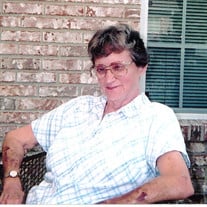 Doyne Eileen Raines, 77, of Lebanon, Indiana passed away peacefully at home with family by her side on April 21, 2020. She was born February 4, 1943 in Lebanon, Indiana, a daughter of the late Lois E. (Martin) and Samuel Arle Ridgway. She was a 1961 graduate of Lebanon High School. On April 21, 1962, she was married to L. Harold Raines at First Presbyterian Church of Lebanon. They had celebrated 32 years together before his passing on April 15, 1995. Doyne was a homemaker most of her life, but she also worked at the Flying J and Bob Evans in Lebanon. She was a faithful member of Lebanon Rock Church. She was a devoted wife, mother, and grandmother and enjoyed driving to Illinois for special visits with her grandkids. In addition to her family, she was an avid Colts and Dallas Cowboys fan. She enjoyed fishing, listening to high school basketball games on Radio Mom and had a love for cats and kittens. Survivors include: Sons: Richard A. Raines of Lebanon, Indiana Jeffrey A. (Tami) Raines of Waddell, Arizona Grandchildren: Andrew Raines Rebekah Raines Rachel Raines Grace Raines Clara Raines Sisters: Judy (Don) Sheets of Lebanon Linda (Chris) Fragale of Matteson, Illinois Two Four Legged Loves: Buddy and Boots Several Nieces, Nephews and Cousins In addition to her parents and her husband, Doyne was preceded in death by a brother, Wayne Ridgway. Private Family Funeral Services will be held at 11:00 a.m. on Saturday, April 25, 2020 at Myers Mortuary, 1502 North Lebanon Street, Lebanon, Indiana. Friends and extended family are invited to view Doyne’s service at 11:00 a.m., Saturday, on the Myers Mortuary Facebook page. Interment will follow services at Oak Hill Cemetery in Lebanon. In lieu of flowers, memorials may be made in her memory to the Humane Society for Boone County or Boone County Cancer Society.

Doyne Eileen Raines, 77, of Lebanon, Indiana passed away peacefully at home with family by her side on April 21, 2020. She was born February 4, 1943 in Lebanon, Indiana, a daughter of the late Lois E. (Martin) and Samuel Arle Ridgway. She... View Obituary & Service Information

The family of Doyne E. Raines created this Life Tributes page to make it easy to share your memories.

Send flowers to the Raines family.