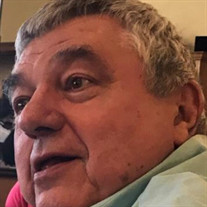 Edmund C. Schilling passed away peacefully on April 29 at 10 pm after fighting a series of physical challenges including Covid-19. “Big Ed” spent 27 years as a professor at IUPUI where he sponsored Phi Epsilon Kappa Educational Honorary and served as the interim head men’s basketball coach. He was a passionate classroom teacher and mentor to countless students. He was presented the Distinguished Hoosier Honor by Governor Mitchell E. Daniels, Jr. upon retirement. Ed Schilling, Sr. was widely recognized for his record setting basketball career at Butler University. His scoring and rebounding records were a testament to his talent and toughness under the leadership of Tony Hinkle. Ed’s induction into the Butler Athletics Hall of Fame is an honor reflecting his playing skills. He also excelled academically and was selected to the Delta Kappa Gamma Educational Honorary. He was also a Life Loyal Sigma Chi. After Butler, Big E played professional basketball and was the runner-up for the MVP award twice in the NABL. He also toured South America, Europe and Australia representing the United States and Lithuania. Schilling began his basketball career as a starter on the University of Cincinnati’s undefeated and #1 ranked freshmen team (before freshmen eligibility). In high school at Cleveland East High (Ohio), he not only starred in basketball, but won the Ohio State track championship in the high jump. After graduating from Butler University, Ed Schilling coached and taught at Thorntown and was the Director of Guidance and Assistant Principal at Sheridan High School and was an administrator at Carmel High School. Additionally, he served as the corporation athletic director for Fayette County Schools (Connersville, IN). At 25 years old, Ed Schilling was the head men’s basketball coach at Marian University, where we led the Knights to four record breaking seasons. Among the many achievements there, the Knights led the nation in scoring, averaging nearly 100 points per game. Other highlights enjoyed by Ed Schilling, Sr. was working as an assistant basketball coach for his son, Ed Schilling, Jr., in the McDonald’s All-American Capitol Classic Game in Washington D.C. where they won the nationally televised game by 20 points. Additionally, the “Big Chill” as he was affectionately known, and his son worked many weeks together at the famed Five-Star Basketball Camp. He coached the Indiana All-Stars against the Russians. Ed Schilling was a pillar in the Lebanon community. He was 40-year member, past president, and a Dr. William Perry Woods Fellowship Award recipient for the Lebanon Lion’s Club. Ed was a member of the Witham Hospital Foundation Board. Edmund C. Schilling has left a rich legacy to his wife, Ina, son Ed, Jr. and his wife April and five grandchildren. Private Family Funeral Services will be held on Wednesday, May 6, 2020 at Myers Mortuary, 1502 N. Lebanon St., Lebanon, Indiana. Interment will follow services at Maple Lawn Cemetery in Thorntown, Indiana. There will be a Celebration of Ed’s Life later in the year.

Edmund C. Schilling passed away peacefully on April 29 at 10 pm after fighting a series of physical challenges including Covid-19. &#8220;Big Ed&#8221; spent 27 years as a professor at IUPUI where he sponsored Phi Epsilon Kappa Educational Honorary... View Obituary & Service Information

The family of Edmund C. Schilling created this Life Tributes page to make it easy to share your memories.

Edmund C. Schilling passed away peacefully on April 29 at 10...

Send flowers to the Schilling family.