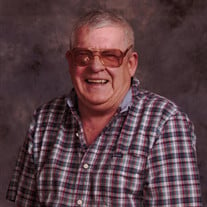 Gary Wayne Minor, 66, of Colfax, Indiana, passed away at Witham Memorial Hospital on February 9, 2021. He was born on October 26, 1954 in Lebanon, Indiana, the son of Florence “Belle” Minor and the late Hiram Kenneth “Kenny” Minor. He was a 1973 graduate of Lebanon High School. Gary owned and operated a home inspection business called Crossfire. He was a faithful member of Mechanicsburg Christian Church where he served as chairman of the building and grounds committee for the church. He loved to fish, hike, camp, really anything that involved the great outdoors and family gatherings. Survivors include his mother, Belle Minor of Lebanon; brothers, Terry “Mike” (Cindy) Minor of Lebanon, Steven D. Minor of Lebanon; sisters, Janet S. (companion, Sonny Paris) Summers of Lebanon, Tina M. (Don) Broach of Lebanon; best friend, Michael E. Kelley of Colfax along with several nieces and nephews, whom he adored. In addition to his father, Gary was preceded in death by a brother, Rickey Joe Minor; two sisters, Penny Jean Minor and Linda Kay Minor Duff; and a brother-in-law, Carl Summers. Funeral Services will be held at 12:00 p.m. noon on Saturday, February 13, 2021at Mechanicsburg Christian Church, 650 West Horton Road, Kirklin, Indiana 46050. Visitation will be held from 10:00 a.m. until the time of service on Saturday at the church. Visitors are asked to follow the CDC guidelines, please wear a mask and social distance. Interment will follow services at Oak Hill Cemetery in Lebanon. Myers Mortuary in Lebanon is handling his arrangements. Memorials may be made in his memory to Mechanicsburg Christian Church.

The family of Gary W. Minor created this Life Tributes page to make it easy to share your memories.

Gary Wayne Minor, 66, of Colfax, Indiana, passed away at Witham...

Send flowers to the Minor family.