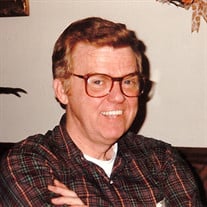 Glenn G. Turner, 78, passed away peacefully on February 21, 2021, at his home in Lebanon, Indiana. He was born July 15, 1942, in Indianapolis, to the late Lillian Dee (Guffy) and the Rev. Richard Turner. Glenn graduated from high school in Jacksonville, Florida. He earned degrees in history and economics from Anderson College in Anderson, Indiana, and later earned a master’s degree in business administration from Indiana University in Fort Wayne. Glenn was drafted into the U.S. Army and served during the Vietnam Conflict until his honorable discharge in 1972. On Aug. 5, 1962, Glenn was united in marriage to Ellen Kay Moore in Warsaw, Indiana. She preceded him in death on November 27, 1977. Glenn worked as an independent financial advisor until his retirement. Prior to that, he owned Turner Trading, Inc. working on the floor of the Philadelphia Stock Exchange. He also worked many years for R.R. Donnelley & Sons printing company at facilities in Indiana, South Carolina and New Jersey. Throughout his life, Glenn was deeply devoted to his family and Christian faith. He served as president of Optimist Clubs in Warsaw, Indiana, in the early 1970s and in Spartanburg, South Carolina, in the early 1980s. Glenn had a lifelong love of the outdoors. He was a member of the River Runners kayaking and camping club in South Carolina and participated in a hot air balloon team in Lititz, Pennsylvania for several years. In retirement, he volunteered at the Lebanon food bank and at the Greek Orthodox church bookstore in Carmel. He also baked pies for new church members in Zionsville. Glenn is survived by two daughters, Gretchen G. Turner (husband Sebastien Renault), Glenda G. Roundtree (husband David), and stepson Benjamin D. Hosinski (wife Alicia). Other survivors include brothers, Dale W. Turner (wife Patricia Sue) and Richard Turner; grandchildren Austin Davis Turner, Margaret Ellen Turner and Grant Henry Hosinski; and beloved in-laws David Johnston (husband of the late Carolyn Moore), Steve and Linda Moore, William and Carol Moore, and Michael and Suzi Moore. In addition to his parents, Glenn was preceded in death by his treasured in-laws, Donald and Ruth Moore, of Warsaw, Indiana. Funeral services will be held at 11:00 a.m. on Friday, February 26, 2021, at Holy Trinity Greek Orthodox Cathedral, 3500 West 106th Street, in Carmel, Indiana. Visitation will be held on Friday beginning at 10:00 a.m. until the time of the service at the Cathedral in Carmel. Attendees are asked to follow the CDC guidelines, to please wear masks and to maintain social distance. Interment will follow at Oakwood Cemetery in Warsaw, Indiana. Myers Mortuary in Lebanon, Indiana, has been entrusted with his care.

Glenn G. Turner, 78, passed away peacefully on February 21, 2021, at his home in Lebanon, Indiana. He was born July 15, 1942, in Indianapolis, to the late Lillian Dee (Guffy) and the Rev. Richard Turner. Glenn graduated from high school in... View Obituary & Service Information

The family of Glenn G. Turner created this Life Tributes page to make it easy to share your memories.

Send flowers to the Turner family.