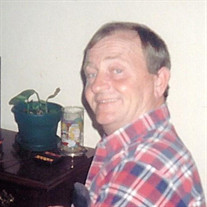 Jackie “Jack” Wayne Maddox, 76, passed away Tuesday, August 18, 2020, at his home in Lebanon, Indiana. He was born in Frankfort, Indiana on November 27, 1943, a son of the late Nora Olive (Maddox) Gates and Robert Gates. He attended high school in Frankfort. Following high school he served 2 years in the U.S. Army and served 28 years in the Indiana National Guard. On May 6, 1966, in Frankfort, Indiana, he was married to Mary (Tyree) Maddox. They had recently celebrated 54 years together and she survives. He was a member of Lebanon Church of Christ and the American Legion in Lebanon. Jack worked over twenty years for the Indiana State Fair in the maintenance department. Jack was a devoted husband, father, and grandfather. In addition to his family, he enjoyed fishing, gardening, poker and billiards. Survivors: Wife: Mary Maddox of Lebanon Daughter: Kelly J. Maddox of Lebanon Granddaughter: Keli “Nichole” Giles of Lebanon Siblings: Dalton, Bobby, Jerry, Phyllis Funeral Services are planned for Friday, August 21, 2010, at 11:00 a.m. at Myers Mortuary, 1502 North Lebanon Street, Lebanon, Indiana. Visitation will be held on Thursday, August 20 from 4:00 to 8:00 p.m. at the funeral home in Lebanon. Interment with military rites will follow at Lincoln Memory Gardens in Whitestown, Indiana Memorials may be made to the charity of the donor’s choice.

The family of Jack W. Maddox created this Life Tributes page to make it easy to share your memories.

Send flowers to the Maddox family.