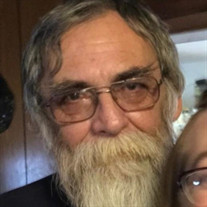 Mr. James Allen Martin, 63, passed away at his home in Lebanon, Indiana, on Saturday, March 21, 2020. He was born in Boone County, Indiana, on October 20, 1956, a son of the late Loren Curtis “Bud” and Ruth Ann (Graham) Martin. On December 7, 1975, he was married to Carolyn S. (Lind) Martin in Colfax, Indiana; she survives. Having lived in Boone County his entire life, Jim attended Thorntown High School and in 1975 he was a member of the first Western Boone graduating class. He worked as a Receiving Clerk at Frito-Lay in Frankfort for over 19 years, retiring in 2014. He also had worked as a union painter for a number of years. Jim was one of the founding members of the Mechanicsburg Liars Club. He enjoyed being outdoors, fishing, hunting, and camping. He liked to play cards, especially Poker. He was a devoted husband, father, and grandfather who truly loved his family. Survivors include, wife, Carolyn Martin of Lebanon; children, Brianna (Joseph) Click of Lebanon, Krista (Mike) Anderson of Aurora, Indiana, Cassie (Larry Stogsdill) Martin of Lebanon, and Deanna (Tim) Hagg of Zionsville; fourteen grandchildren; two great grandsons; brothers, Tommy J. (Pamela) Martin of Lebanon and Charles W. Martin of Thorntown; sister, Janet L. (Carl) Reagan of Thorntown; and many nieces and nephews. In addition to his parents, Jim was preceded in death by twin daughters, Rebecca and Renée Martin. Private Family Funeral Services are to be held on Wednesday, March 25, 2020 at Myers Mortuary in Lebanon, Indiana. Boone County Crematory has been entrusted with his cremation following services. A Celebration of Life will be held at a later date.

The family of James "Jim" A. Martin created this Life Tributes page to make it easy to share your memories.

Send flowers to the Martin family.