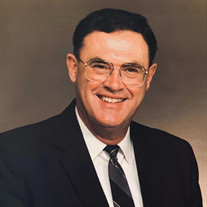 James Louis Williams Jr. of Lebanon passed away on December 26. Born November 28, 1938 in Beloit, Ohio, he grew up in Fairfield, Ohio and graduated with a Bachelor in Science degree in Accounting from Miami University in Oxford, Ohio. He enjoyed a long career as an accountant, becoming Division Controller for Litton Industries and then Coats & Clark, Inc. He also owned a sign company in Greenville, SC. In his retirement, he became an antiques and collectables dealer. His career took him to many states including Illinois, Georgia, South Carolina, and Wisconsin. He moved to Indiana in April 2020 to be near family. He enjoyed volunteering and was a member of Trinity Lutheran Church. Often referred to as Big Jim due to his 6’7” stature, he leaves a legacy as a gentle giant who loved nothing more than spending time with his children, grandchildren, and extended family. He always said memories were more valuable than anything else one could accumulate. He created many special memories for those he loved through unforgettable Christmases and birthdays and family trips to amusement and water parks. He also traveled to cheer on his grandchildren in their many athletic and academic endeavors. James was proceeded in death by his parents James Louis Sr. and Elva Mae Williams, his wife Kathleen, and brother Paul. He is survived by his children Anne (Jeffrey) Thomas, Andrew (Maryann) Williams, and Mark (Kathy) Williams; grandchildren Katherine (Shawn) Canady, Nicholas (Taylor) Williams, Garrett Arisman, Daniel (Ellen) Williams, Hannah Arisman, Timothy Williams, Rachel Williams, Audrey Williams, and Jonathan Williams, as well as two great grandchildren, Charles and Addison Canady. He will also be missed by many cousins, nieces and nephews. Visitation will be held on Wednesday, December 29, 2021 from 4:00 to 7:00 p.m. at Myers Mortuary, 1502 North Lebanon Street in Lebanon, Indiana. Funeral Services will be held at 11:00 a.m. on Thursday, December 30 at Trinity Lutheran Church, 2625 Elm Swamp Road, Lebanon, Indiana. Myers Mortuary and Boone County Crematory have been entrusted with his cremation arrangements following services. In lieu of flowers, memorials may be given in his honor to the charity of the donor’s choice.

James Louis Williams Jr. of Lebanon passed away on December 26. Born November 28, 1938 in Beloit, Ohio, he grew up in Fairfield, Ohio and graduated with a Bachelor in Science degree in Accounting from Miami University in Oxford, Ohio. He enjoyed... View Obituary & Service Information

The family of James L. Williams Jr. created this Life Tributes page to make it easy to share your memories.

James Louis Williams Jr. of Lebanon passed away on December 26....

Send flowers to the Williams family.