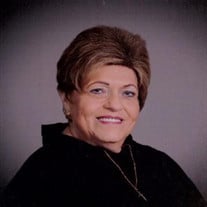 Mrs. Sheila Jane “Janie” Reynolds, 70, passed away Friday night, January 29, 2021, at IU Methodist Hospital in Indianapolis. She was born in Boone County, Indiana on August 12, 1950; a daughter of the late Charlie and Louise (Fivecoat) Bailey. She was a 1968 graduate of Lebanon High School. Following high school she attended Indiana Business College. On June 22, 1972, she was married to Charles A. Reynolds in Tennessee; he survives. She began her career at Indiana School for the Blind in Indianapolis, Indiana. She later was employed with Lebanon High School for over 30 years; retiring in 2004. Janie was a member of Otterbein United Methodist Church in Lebanon, where she sang in the choir. She enjoyed being in a ladies card club and she was very active at Lebanon High School. She volunteered many years in the concession stands for basketball games “Candy Coke” and was the junior class sponsor for prom and post prom. She was a die-hard Lebanon Tiger, dedicated to attending her children’s and grandchildren’s games and activities. She truly adored her grandchildren, known as “Gigi” to all of them. Survivors include; husband, Charlie Reynolds of Lebanon; two sons, Dustin (Toni) Reynolds of Lebanon, Craig (Casey) Reynolds of Lebanon; five grandchildren, Dalton (Cecilia Korth) Reynolds, Jack Reynolds, McKenna Reynolds, Craig Reynolds, II, Caleb Reynolds. In addition to her parents, Janie was preceded in death by her sister, Belinda Kay Bailey, and a grandson, Jacob Paul Reynolds. Memorial services will be held at 1:00 p.m. on Thursday, February 4, 2021 at Myers Mortuary, 1502 North Lebanon Street, in Lebanon. Visitation will be held from 11:00 a.m. until the time of service on Thursday at the funeral home in Lebanon. Streaming of the service can be viewed on the Myers Mortuary Facebook page at the time of service. Boone County Crematory has been entrusted with her cremation arrangements. Memorials may be made in her memory to the Lebanon Education Foundation, P. O. Box 47, Lebanon, Indiana 46052. Online Condolences: www.myersmortuary.com

The family of Janie Reynolds created this Life Tributes page to make it easy to share your memories.

Send flowers to the Reynolds family.