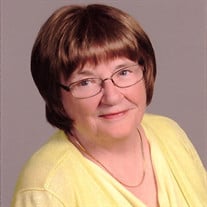 Norma Jean Acton passed away in the early morning hours on Wednesday, March 17, 2021, in the skilled nursing unit at Marquette Manor in Indianapolis. He daughter and son were by her side when she passed. Jean, Jeannie, Mother, Mom, GJ, Grama Jean, Mars and Aunt Jean were all names she answered to with a smile and warm embrace. Jean was the second daughter born to Frank F. and Anna Taylor Poynter on January 7, 1936. Being raised on a working farm there were constant chores expected of the girls including the farming and care of livestock, tilling the fields and housework. She also participated in 4-H, Rainbow for Girls, band, and a short stint of cheerleading. She and her sisters took piano and music lessons both privately in Indianapolis as well as Butler University. The trio became very accomplished marimba players and toured central Indiana as the Poynter Sisters. They became well known and were featured at the Murat and various other civic establishments, private parties and receptions. Shortly after high school graduation, Jean was hired at the Boone County State Bank where she would spend the next 50 years working. She started in the proof department, went to bookkeeping, spent many years in the teller line – including the first drive-up window in Boone County – trust department, new accounts, vault attendant, student loan officer and she ended her career as a loan officer. Former customers would regularly stop her and thank her for her kind service and help with their banking needs. Jean was a strong advocate for civic-mindedness. Her memberships over the years including Central Christian Church, charter member of the Merry Mixers Home Ec Club, Jayshees, Eastern Star, Zonta, Psi Iota Xi Sorority, Ulen Country Club, board member of the Community Foundation of Boone County. When the Indianapolis Zoo decided to expand and build a new zoo, she was the Boone County Corp. Fund chairperson. She was very proud that not only did Boone County meet its goal but surpassed it by a wide margin. She served several years as chairperson for Buffy and then United Way. She considered music to be an essential part of a well-rounded life. When Lebanon High School remodeled the auditorium the Steinway Grand Piano was in dire need of refurbishment. So she co-chaired a committee with fellow Psi Ote sisters in overseeing it being rebuilt and restored. She helped spearhead the establishment of the Western Boone Education Foundation.She was honored and humbled to receive the Aaron Stookey Spirit of Philanthropy award from the Community Foundation in 2018. Jean married Harold B. Acton on November 7, 1954. They were high school sweethearts that would spend the rest of their lives together until Harold’s death in 2013. Jean is survived by daughter Charlotte Frandsen and her husband Kent, grandson Andrew Frandsen and wife Haleigh of Carmel, granddaughter Anna Alicia Harrelson and her husband Will of Troy, Ohio, and great-grand daughters Elizabeth Marie Harrelson and Anna Margaret Harrelson and by her son Ken Acton of Lebanon, wife Paula and grandsons Aaron Acton and girlfriend Kate Gladson of Denver, Colorado, Evan Acton and his wife Jessica of Indianapolis, Indiana. Also, sisters Mrs. Janet Freshour of Lebanon, Indiana, Mrs. Jane Swisher and brother-in-law Harold Swisher of Indianapolis, Indiana; sister-in-law Mrs. Irene Urban of Lebanon, Indiana; and many cousins, nieces and nephews. Visitation will be Saturday, April 3, 2021 from 9:00 am to noon at Myers Mortuary, 1502 North Lebanon Street in Lebanon, Indiana. Funeral services will begin at. noon on April 3 at the funeral home in Lebanon. In lieu of flowers, please consider donations to: The Steinway Piano Fund or Western Boone Education Foundation through The Community Foundation of Boone County, 102 North Lebanon Street, Lebanon, IN 46052.

Norma Jean Acton passed away in the early morning hours on Wednesday, March 17, 2021, in the skilled nursing unit at Marquette Manor in Indianapolis. He daughter and son were by her side when she passed. Jean, Jeannie, Mother, Mom, GJ, Grama... View Obituary & Service Information

The family of Jean Acton created this Life Tributes page to make it easy to share your memories.

Norma Jean Acton passed away in the early morning hours on Wednesday,...

Send flowers to the Acton family.