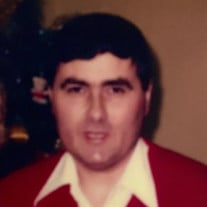 Jerry M. Lloyd, affectionately known by many Lebanon youth as “Coach”, passed away on Monday, December 30, 2019, at Signature Healthcare of Parkwood in Lebanon. He was 79, a Lebanon native born on July 10, 1940. He was the son of the late Lawrence E. Lloyd and Bernice Elizabeth (Quick) Lloyd. Jerry was a 1960 graduate of Dover High School, and a 31-year employee of General Motors in Indianapolis, working in the Allison’s Turbine division. He married Susie (Hale) Lloyd on July 22, 1961; she survives and they shared 58 wonderful years together. Jerry was a devoted husband, grandfather and great grandfather and very active in his grandchildren’s lives and their activities. He coached baseball and basketball for over 30 years for Lebanon Little League and for the Lebanon Boys and Girls Club. He was a Cub Scout leader, a volunteer with elementary school PTA and a teacher in local church youth groups. In addition to his wife, Jerry is survived by 4 children: Jerrold G. Lloyd of San Francisco, CA., Rhonda S. Lloyd of Lebanon, Randy L. (Jeralyn) Lloyd of Greenville, S.C., and Eric D. (Angela) Lloyd of Lebanon. He is also survived by 8 grandchildren: Jeromey Bailey, Deidre Bailey, Heather Lloyd, Devon Bailey, Kayla Lloyd, Alecia Lloyd, Breanna Bailey, and Alaina Lloyd. “Papaw" had 5 wonderful great-grandchildren as well. Jerry is survived by 5 sisters: Diana Sickle of Lebanon, Sharon (Don) Anderson of Tipton, Debbie (Don) Walker of Lebanon, Barbara White of Fishers, and Patty Goins of Geneva, Illinois. He was preceded in death by one brother, Stephen Michael (Debra Wood) Lloyd, as well as brothers-in-law Jack White and Tom Goins. A Celebration of Life will be held at 11:00 a.m. on Saturday, January 4, 2020 at Myers Mortuary, 1502 North Lebanon Street, Lebanon, Indiana with visitation from 9:00 to 11:00 a.m. at the funeral home in Lebanon. In lieu of flowers, memorials may be made in his honor to the charity of the donor’s choice. Myers Mortuary and Boone County Crematory have been entrusted with his care.

The family of Jerry M. Lloyd created this Life Tributes page to make it easy to share your memories.

Jerry M. Lloyd, affectionately known by many Lebanon youth as...

Send flowers to the Lloyd family.