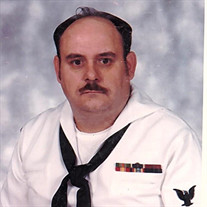 John D. Surber, 73, passed away Monday afternoon, July 5, 2021, at Methodist Hospital in Indianapolis, Indiana. He was born on June 14, 1948, in Lebanon, Indiana, a son of the late Lawrence “Larry” W. and Norma I. (Venis) Surber. He was a 1969 graduate of Lebanon High School. John proudly served his country honorably in the United States Navy for twenty years as a storekeeper. Following the service, John worked several jobs, including Specialty Coating Systems of Indianapolis. John served as a volunteer fireman with Lebanon Center Township and volunteered with the safety crew at Indianapolis Raceway Park. He was also a life member and past president of the Lebanon VFW and a life member of the American Legion in Lebanon. John was a kind and genuine person who loved being surrounded by his family at gatherings, which he especially enjoyed the desserts. John never met someone who he didn’t consider a friend and will be missed my many. Survivors include: one brother, Allen R. Surber of Lebanon; sisters, Marcia (Joe) Rady of Lebanon, Barbara (Roy) Newman of Lebanon, Chris (Steve) Large of North Port, Florida; niece, Angela (Mark) Brown of Lebanon, nephew, Carl “Joe” Rady Jr. (Megan Shoemaker-Rady) of Lebanon; great nephew, Carter Hammons of Lebanon and several cousins. In addition to his parents, John was preceded in death by one brother, Richard T. Surber. Funeral Services are planned for 12:00 noon on Saturday, July 10, 2021, at Myers Mortuary, 1502 North Lebanon Street, in Lebanon, Indiana. Visitation will be held 10:00 a.m. until the time of service at the funeral home in Lebanon. Interment with military rites will immediately follow services at Oak Hill Cemetery in Lebanon. Memorials may be directed to the Center Township Fire Department 525 Ransdell Road, Lebanon, IN 46052.

The family of John D. Surber created this Life Tributes page to make it easy to share your memories.

Send flowers to the Surber family.