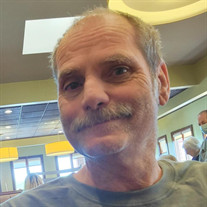 Joseph Louis “Joe” Jackson, 64, passed away Sunday, December 26, 2021, at Witham Memorial Hospital in Lebanon, Indiana. He was born in Fulton, Missouri on November 6, 1957. A son of James Jackson and the late Patricia (Kinsey) Jackson. He was a graduate of Tower High School in Illinois. On August 5, 1989, he was married to Charleena A. (Gillium) Jackson. She preceded him in death on July 22, 2019. Joe was a drywaller and handyman, who could fix almost anything. He was a member of St. Joseph Roman Catholic Church. He loved watching John Wayne movies, fishing, hunting, working on model cars, and being with his family. Survivors include his father, James Jackson of Illinois; three children, Tierney Jackson and companion, Justin Shipley of Lebanon, Lacey Jackson and companion, Scott Leath of Lebanon, James Jackson of Lebanon; four grandchildren, Neveah Shipley of Lebanon, Joseph Leath of Lebanon, Nick Leath of Lebanon, Maddox Shipley of Lebanon; brothers, Jim (Wendy) Mundell of Illinois, John (Brenda) Jackson of Illinois; sisters, Connie (Kevin) Young of Illinois, Kathy (Paul) Dubre of Illinois; numerous nieces and nephews. In addition to his mother and wife, Joe was preceded in death by his stepmother, Wanda Jackson; and a brother, Don Jackson No Services are planned at this time. Myers Mortuary and Boone County Crematory have been entrusted with his care.

The family of Joseph L. "Joe" Jackson created this Life Tributes page to make it easy to share your memories.

Send flowers to the Jackson family.