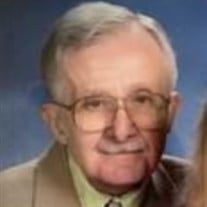 Larry P. Hummel, of Lebanon, Indiana, went home to be with the Lord on Friday morning, September 11, 2020, at Witham Memorial Hospital. He was born January 3, 1947 in Hobart, Indiana, where he attended elementary and high school. He later continued his education and earned a Bachelor of Arts degree from John Brown University. He worked for over 30 years for Indiana Commission of Public Records, where he was a dependable employee. He retired in 2012. Larry was an avid reader. He would read the Indianapolis Star from cover to cover and had a great deal of knowledge regarding current events and history. He loved to read Christian literature, but his favorite book was his Bible. If there were one word to describe Larry, it would be “dependable”. He was a faithful member of Mt. Tabor Baptist Church, where he served for many years as an usher. He never missed a service as long as his health permitted. You could always count on Larry to be sitting at his place at the back of the church, ready to pass the offering plate or to be of help to anyone who needed assistance during a church service. Another interest of Larry’s was watching the Chicago Cubs play baseball. He never missed a game that he had the opportunity to watch, and during his lifetime, had attended several games. He loved watching sports, but the Cubs were his passion. Larry was married on September 4, 1982 to Nancy (Strychalski) Hummel, who survives. They had just celebrated their 38th wedding anniversary last week when Larry unexpectedly became ill. He is also survived by his mother, Betty Hummel, of Hobart, Indiana; two brothers; one sister and several brothers and sisters-in-law: Stan and Janet Meece of Lebanon, Troy and Jo Ann Brown of Lafayette, Chuck and Debbie Strychalski of Lebanon and Paul and Mary Ann Strychalski of Pittsboro. He is preceded in death by his father, Donald Hummel. He will be greatly missed by his wife, Nancy, his family, and his church family. There will be an empty seat in the back row at Mt. Tabor Baptist Church, but his faithfulness and service there will long be remembered. Funeral Services are planned for 11:00 a.m. on Wednesday, September 16, 2020, at Myers Mortuary, 1502 North Lebanon Street, in Lebanon, Indiana, with Pastor Jason Grubbs, officiating. Visitation will be held two hours prior beginning at 9:00 a.m. at the funeral home. Interment will follow services at Oak Hill Cemetery in Lebanon, Indiana. The family requests all visitors wear masks for the safety of all. Memorials may be directed to Mt. Tabor Baptist Church, 7300 S. IN-267, Lebanon, IN 46052.

Larry P. Hummel, of Lebanon, Indiana, went home to be with the Lord on Friday morning, September 11, 2020, at Witham Memorial Hospital. He was born January 3, 1947 in Hobart, Indiana, where he attended elementary and high school. He later... View Obituary & Service Information

The family of Larry P. Hummel created this Life Tributes page to make it easy to share your memories.

Larry P. Hummel, of Lebanon, Indiana, went home to be with the...

Send flowers to the Hummel family.