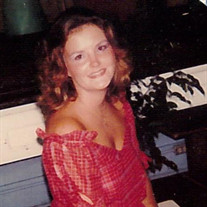 Marjorie Helms, 64, of Lebanon, Indiana, passed away Friday, August 28, 2020, at St. Vincent Hospital in Indianapolis. She was born on December 8, 1955 in Indianapolis, a daughter of Greta V. (McCoy) Zeralsky and the late Billy Ray Hinkle, Sr. Raised in Boone County, Marjorie was a 1973 graduate of Zionsville High School. She married Doug Wells in 1973 in Lebanon; they divorced. In 1983, she married Rex Reiter in Bradenton, Florida and they divorced as well. Marjorie worked at the Kroger store in Lebanon for several years as the non-food manager. She studied and enjoyed interior design. She was a talented artist as she could draw just about anything. She enjoyed designing dolls as well as collecting them. In addition, she had an extensive collection of crystal. More than anything, Marjorie enjoyed being around her family and loved her grandchildren immensely. Survivors include: Two Sons: Chris Wells of Lebanon Blake Reiter of Indianapolis Three Grandchildren: Aiden Wells Rex Reiter Kane Reiter Mother: Greta Zeralsky of Lebanon Four Sisters: Cindy Anderson of Lebanon Valerie (Dan) Steiner of Indianapolis Roxanne (Roger) Fogle of Lebanon Kandy (Butch) McNew of Lebanon Two Brothers: Billy R. Hinkle, Jr. of Lebanon Jeff (companion, Debbie) Hinkle – North Port, Florida Several Nieces and Nephews In addition to her father, Marjorie was preceded in death by a sister, Karen Sue Coy. Funeral Services are planned for 2:00 p.m. on Friday, September 4, 2020 at Myers Mortuary, 1502 North Lebanon Street, in Lebanon, Indiana. Visitation will begin at 12:00 noon until the time of the service at 2:00 p.m. Interment will follow services at Maple Lawn Cemetery in Thorntown, Indiana. Memorials may be directed to Myers Mortuary to assist the family.

Marjorie Helms, 64, of Lebanon, Indiana, passed away Friday, August 28, 2020, at St. Vincent Hospital in Indianapolis. She was born on December 8, 1955 in Indianapolis, a daughter of Greta V. (McCoy) Zeralsky and the late Billy Ray Hinkle,... View Obituary & Service Information

The family of Marjorie Helms created this Life Tributes page to make it easy to share your memories.

Send flowers to the Helms family.