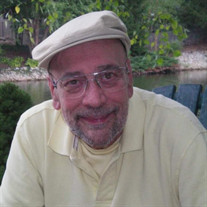 Michael Eugene Burns, 78, of Lebanon, passed away on Monday, September 6, 2021 at Community East Hospital in Indianapolis. He was born on April 4, 1943, in Beech Grove, Indiana, to the late Eugene “Jack” and Bernadene “Bernie” (Weiland) Burns. On February 4, 1964, he was married to Sandra Kay “Sande” (Greene) Burns at Lebanon’s Centenary United Methodist Church. She passed away on February 17, 2003, at the age of 59. Mike was a 1961 graduate of Lebanon High School. He retired after 25 years with Ford Motor Company. Active in republican politics, he and his late wife were Boone County GOP precinct committee members since 1980. He was a loyal supporter of Local, State, and National Republicans and led many local campaigns over the years. He was also a State Delegate to the Indiana Republican Convention for many years; a loyal member of the Elks Lodge #635 and he served on the Lebanon Public Library Board of Trustees and Lebanon Parks and Recreation Board Mike was a loyal friend to many. He was especially proud of his family and loved spending time with all his grandkids. Survivors include sons: Bradley Eugene Burns and wife Tracy of Camby, Boyd Franklin Burns and wife, Tonya of Newnan, Georgia; grandchildren, Joshua Davis, Liza Burns-Orrego, Alexandra “Alex” Burns, Ava Burns, Kathryn Burns, Courtney Burns, Samantha “Sam” Burns, Jacquelyn “Jack” Burns; six great grandchildren; sister, Patty Gates and husband, Damon of Lebanon. In addition to his parents and wife, Mike was preceded in death by nephews, Derk and Grant Gates. Visitation will be held from 1:00 p.m. to 3:00 p.m. on Saturday, September 11, 2021 at Myers Mortuary, 1502 North Lebanon Street in Lebanon, Indiana. A Celebration of Life with Elks Rites will be held at 3:00 p.m. on Saturday, September 11, at the funeral home in Lebanon. Streaming of the service can be viewed on the Myers Mortuary Facebook page at the time of service. Boone County Crematory have been entrusted with his cremation arrangements. In lieu of flowers, memorials may be made in his honor to the Lebanon Public Library, 104 East Washington Street, Lebanon, Indiana 46052 or the Bernie Burns Memorial Scholarship fund or Republican Women's' Club, P.O. Box 228, Lebanon, IN. 46052.

The family of Michael E. Burns created this Life Tributes page to make it easy to share your memories.

Michael Eugene Burns, 78, of Lebanon, passed away on Monday,...

Send flowers to the Burns family.