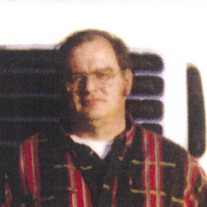 Mr. Richard William “Rich” Morris, 73, of Indianapolis, passed away on Friday, February 28, 2020 at Hendricks Regional Hospital in Danville, Indiana. He was born January 11, 1947 in Indianapolis, a son of the late Lewis and Shirley (McClain) Morris. On September 21, 2019, he was married to Rowena J. (Gideon) Osborne Morris in Avon, Indiana; she survives. Rich and Rowena enjoyed a 4,600 mile trip on their Honeymoon. He had also been married previously. Raised on the southside of Indianapolis, Rich was a graduate of Southport High School. Following high school, Rich served his country honorably in United States Navy, serving on the USS Randolph and USS Yorktown. He worked for various trucking companies as city truck driver. Rich retired from Holland Trucking Company after 30 years of service and was a member of Teamsters Local 135. He was a faithful member of Clermont Church of the Nazarene and a 50-year member of the Masonic Lodge. Having had a passion for cars and trucks, Rich loved everything that had to do with trucks and was a member of the T-bird Club of Indianapolis for many years. He enjoyed fishing, bowling, and was an avid collector of antiques. Survivors: Wife: Rowena J. Morris of Indianapolis Stepchildren: John W. (Becky) Stillwell – Lebanon, Indiana Robin E. (Mandy) Stillwell – Lebanon, Indiana Steven J. (Sunshine) Stillwell – Brownsburg, Indiana Megan J (Charles) Ford – Colorado City, Texas Lori L. (Bob) Baumgardt – Brownsburg, Indiana 17 Step-Grandchildren Numerous Great Grandchildren Nephew: Joe (Rachel) Morris and family - Winamac, Indiana In addition to his parents, Rich was preceded in death by a brother, Dan Morris. Funeral Services with military rites are planned for 11:30 a.m., Wednesday, March 4, 2020, at Myers Mortuary, 1502 North Lebanon Street, in Lebanon, Indiana, with Pastor Jeff Bladen, officiating. Visitation will be held from 4:00 to 7:00 p.m. at the funeral home on Tuesday, March 3, 2020. Interment will follow services at Maple Lawn Cemetery in Thorntown, Indiana. Memorials may be directed in his memory to Gleaners Food Bank, 3737 Waldemere Ave., Indianapolis, IN 46241 or Wheeler Mission, 245 N. Delaware St, Indianapolis, IN 46204.

Mr. Richard William &#8220;Rich&#8221; Morris, 73, of Indianapolis, passed away on Friday, February 28, 2020 at Hendricks Regional Hospital in Danville, Indiana. He was born January 11, 1947 in Indianapolis, a son of the late Lewis and Shirley... View Obituary & Service Information

The family of Rich Morris created this Life Tributes page to make it easy to share your memories.

Send flowers to the Morris family.