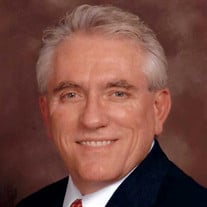 Richard Wright Prather, 72, passed away Tuesday evening, April 14, 2020, at Homewood Health Campus in Lebanon, Indiana. He was born April 3, 1948 in Indianapolis, Indiana, the son of the late Henry R. and Alberta W. (Wright) Prather. On April 2, 1977, he was married at the Trinity Lutheran Church in Valparaiso, Indiana, to Deborah Ann (Ilgenfritz) Prather; she survives. Richard was a 1966 graduate of Speedway High School and 1970 graduate of Indiana University. He then attended Indiana University Law School and received his law degree in 1974. He was a member of the American Bar Association, the Indiana Bar Association, and the Boone County Bar Association. He had worked for Chicago Title Insurance Company until 1997 and then several small title companies until 2004. Richard retired in 2017 from Sorenson Video Relay Company, where he served as an American Sign Language Interpreter. Having been civic-minded, Richard was involved with many community clubs and events; Boone County Leadership, 4th of July Committee, Lebanon Education Foundation Follies, a devoted member of Opus 96, and a participant in the Boone County Senior Olympics Richard was the son of two deaf parents and with his sister, Amy, was an avid American Sign Language Interpreter. He served as the ASL interpreter for the Indianapolis Children’s Choir, President Obama, Maya Angelou, the Dalai Lama, countless IU Basketball games and graduation ceremonies at IU, Purdue, and Ivy Tech. He enjoyed volunteering at the Indiana State Fair Dairy barn, serving ice cream for an organization in which he had many friends the Children of Deaf Adults. Many in this group were like family to Richard. A devoted husband and father, he loved his family dearly. Survivors include his wife of 43 years, Debi Prather of Lebanon; two children, Abby Prather (Anthony Mullis) of Greencastle and Andrew (Jamie) Prather of Lacrosse, Wisconsin; a sister, Amy L. (Phil) Cornwell of Bloomington; mother-in-law, Mary Ilgenfritz of Valparaiso; sisters-in-law, Jody (Michael) Williams of Plainfield and Dawn Ilgenfritz of Valparaiso; and nieces and nephews, Kristen (Rick) McGuire of Louisville, Jonathon (Nichole) Cornwell of Terre Haute, Molly and Noah Williams of Plainfield, and Joshua Ilgenfritz of Valparaiso. The family would like to express our appreciation to the nurses and staff at Homewood Health campus. Richard was always treated with kindness and compas-sion. And to the staff and Friends at Woodland Terrace of Carmel. He considered Woodland Terrace his home and the residents were his family. A Celebration of Life will be held at a later date at Christ Lutheran Church in Zionsville, Indiana. Myers Mortuary and Boone County Crematory have been entrusted with his care. In the past few years, you could always find Richard in an Indy Mega Adoption Event t-shirt, an event near and dear to his daughter’s heart. The Prather family loves our rescue pets and they visited with Richard at both Homewood and Woodland Terrace. This organization provides homes for those animals that have lived in shelters throughout Indiana counties by holding a weekend adoption event at the Indiana State Fairgrounds. Memorials may be made in his memory to the Indy Mega Adoption Event c/o the Indianapolis Humane Society at https://bit.ly/3cnCEOe.

The family of Richard W. Prather created this Life Tributes page to make it easy to share your memories.

Send flowers to the Prather family.