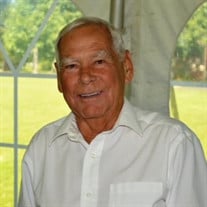 Robert Gerald “Cob” Summers, 77, formerly of Lebanon, passed away on Sunday, April 10, 2022 at his home in Salem, Indiana. He was one of twenty children, born in Lebanon, on September 3, 1944 to the late Joseph Roscoe and Colletta “Lettie” (Clements) Summers. He attended Pinnell High School. On July 8, 1978 in Orlando, Florida, he was married to Darlene (Etter) Summers; she survives and they shared 43 loving years together. Cob was a press metal worker and a member of the UAW Local 33 in Indianapolis for 32 years. He enjoyed fishing, gardening, woodworking, tinkering in his garage and spending time with his family, and grandchildren. Cob was a good friend to many and will be greatly missed by his loving family. Survivors include his wife, Darlene Summers of Salem; children, Jerry Lee (Cathy) Summers of Lebanon, Jennifer Ann (Robert) Cole of Lebanon, Michael David (Staci) Tharp of Brownstown, Robert Allen (Jennifer Lynn) Dinsmore of Salem; ten grandchildren and several great grandchildren; four sisters, Mardella Mauger of Florida, Wilma Dickerson of Lebanon, Ada Marie Moody of Greensburg, Nancy Wethington of Cincinnati, Ohio; sisters-in-law: Linda Summers and Joyce Summers; both of Lebanon; many nieces and nephews/ In addition to his parents, he was preceded in death by fourteen siblings and a grandson, Robert Gerald Cole. Visitation is planned from 2:00 p.m. to 6:00 p.m. on Thursday, April 14, 2022 at Myers Mortuary, 1502 North Lebanon Street in Lebanon, Indiana. No formal services will be held. Myers Mortuary and Boone County Crematory have been entrusted with his cremation arrangements following visitation. Memorials may be made to Turning Point Christian Church, 1410 E. Hackberry Street, Salem, Indiana 47167.

The family of Robert "Cob" Summers created this Life Tributes page to make it easy to share your memories.

Send flowers to the Summers family.