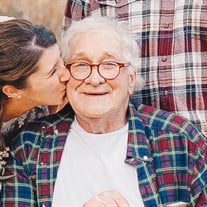 Ronald Eugene Coffman, 83, of Thorntown, passed away Sunday, February 13, 2022 at Homewood Health Campus in Lebanon, Indiana. He was born April 22, 1938 in Thorntown, Indiana; a son of the late Lon and Helen Lenore (Herms) Coffman. He attended Thorntown High School. Following high school, he served his country honorably in the U.S. Navy on the U.S.S. Yosemite from 1956 to 1960 during the Korean War. Ron was married to Linda (Shives) Coffman. They later divorced and she survives. Ron retired as a hardworking and dedicated millwright with Praxair, Inc. He enjoyed the great outdoors, traveling, camping, boating, woodworking, discussing politics, watching old Westerns, and had an authentic appreciation for anything with an engine. From his vast life experiences, he told the best jokes, stories of his travels, and mischievous chronicles of his younger years. He had such a big heart and would have given anyone the shirt off his back. When he offered aid, he expected nothing in return. He once tossed his truck keys to a stranger in need without hesitation, "Here - take my truck." When others asked, "What if they don't bring it back?", his calm response made it clear he had accepted this potential outcome. He humbly stated, “Then I guess they needed it more than me.” His kindness and compassion were unmatched. His favorite thing was spending time with his family, friends, and loved ones, and he will be greatly missed by all who knew him. Ron leaves behind two daughters, Jodi O’Neil Large of Lebanon, Virginia Lynne (Geoffrey) Conradi of San Diego, California; six granddaughters, Kelsey O’Neil Large (James) Plankey and Kaitlyn Rae Large of Lebanon, Olivia Christine Coffman Flores (Stephen Lucas) of Lebanon, Julianna Lynne Conradi, Lilliana Rose Conradi, Baylee Renee Conradi all of San Diego, California; three brothers, Fred (Andrea) Coffman of Lebanon, Gerald (Linda) Coffman of Thorntown, Dennis Coffman of Thorntown; one sister, Doris (Larry) Leslie of Thorntown; several nieces and nephews and many great-nieces and great-nephews. In addition to his parents, Ron was preceded in death by a son, James Eugene “Jimmy” Coffman, and one brother, Arthur Coffman. In honor of Ron’s request, no services will be held. The burial of his ashes and his final resting place will be with his son, Jimmy, at Maple Lawn Cemetery in Thorntown, Indiana. Myers & Hunt Mortuary and Boone County Crematory have been entrusted with his cremation arrangements. Online condolences and stories of cherished time with Ron can be shared on Myers Mortuary website.

Ronald Eugene Coffman, 83, of Thorntown, passed away Sunday, February 13, 2022 at Homewood Health Campus in Lebanon, Indiana. He was born April 22, 1938 in Thorntown, Indiana; a son of the late Lon and Helen Lenore (Herms) Coffman. He attended... View Obituary & Service Information

The family of Ronald E. Coffman created this Life Tributes page to make it easy to share your memories.

Send flowers to the Coffman family.