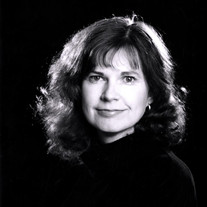 Sharon Anne “Sherry” Mason, age 66, of Whitestown, Indiana, died peacefully in her sleep at her home on February 9, 2020. Born March 20, 1953, in St. Louis, MO, Sherry was the daughter of Harold and Dorthea Mason of Greencastle who preceded her in death. She graduated from Greencastle High School and Hanover University, where she was a Phi Mu and earned a Bachelor’s of Science in Psychology, before settling in Indianapolis. After a brief marriage to Richard VanReenen, Sherry dated David Fulton of Indianapolis. She and David married in 1984, moving to Whitestown, IN, in 1985, where they raised two sons, Robert David Fulton and Christopher Mason Fulton. Sherry was a computer programmer by profession, and a member of Mensa. She was a founding member and frequent actress on stage with Center Stage Community Theatre in Lebanon. Among her proudest roles was in the comedy “Greater Tuna” where she played Arles. She founded the Perry Worth Elementary School Drama Club and wrote several original plays for the students. Sherry was an actress, cook, cat-lover, artist, cinephile, and snow skier. She touched many lives through her activity in the community and loving personality. Sherry is survived by her two sons, Robert David Fulton of St. Petersburg, FL and Christopher Mason Fulton of Lafayette, IN; and brothers Steve Mason of Greencastle, IN and Scott Mason of Avon, IN. Family and friends are invited to attend a memorial celebration of Sherry’s life being held on Sunday, February 23, 2020, from 2pm to 5pm at Center Stage Community Theatre, 604 West Powell Street, Lebanon, IN 46052.

The family of Sherry Mason created this Life Tributes page to make it easy to share your memories.

Send flowers to the Mason family.