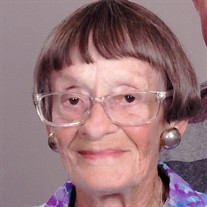 Mrs. Sylvia Lorraine Davis, 84, passed away on Sunday, January 19, 2020 at Witham Memorial Hospital in Lebanon with family by her side. She was born on February 23, 1935 in Honolulu, Hawaii; a daughter of the late Louis and Isabelle Sauter. Her stepfather was Frank Swink. She was a DAR scholarship recipient and graduated high school in Fayetteville, North Carolina. On December 31, 1955, she was married to Major Howard Adron Davis in Fayetteville, North Carolina at the St. Patrick’s Catholic Church. He preceded her in death on November 23, 2009. Sylvia had a strong Catholic faith and was a 15-year member of St. Mary’s Catholic Church in Frankfort. She was also a CCD teacher (catechist) for many years in Catholic churches in Okinawa, South Carolina, and in Lebanon. Sylvia had many talents including, oil painting, crocheting, and was a wonderful cook. She was a devoted wife and mother and it was important that she instilled Christian values to her grandchildren and great grandchildren. In addition, she was an avid member of The Right to Life and participated every year in the rally on the Boone County Courthouse Square. Survivors include: Five Children: Craig M. (Pamela) Davis of Australia Brook N. (Vicki) Davis of Frankfort Indiana Marcie A. Davis of Lebanon, Indiana Dean A. Davis of Mishawaka, Indiana Shari L. (Matt) Johnson of Advance, Indiana Seven Grandchildren: Joshua Davis Valarie (Chris) Sanders Adrian Davis-Sample Noah Klink Alexis Klink Zac Johnson Allie Johnson Two Great Grandchildren: Kathryn Sanders Kaden Sanders She was preceded in death by her parents; Louis Sauter, Isabelle Sauter- Swink, and Frank Swink; a sister and brother-in-law, Jeannie and Gary Louser. Funeral Services will be held at 11:00 a.m. on Friday January 24, 2020, at Myers Mortuary, 1502 North Lebanon Street, in Lebanon, Indiana. Visitation is planned for Thursday, January 23 from 5:00 to 8:00 p.m. at the funeral home in Lebanon with The Rosary beginning at 4:30 p.m. Interment will follow services at Maple Lawn Cemetery in Thorntown, Indiana. In lieu of flowers, the family requests memorials may be made to St. Mary’s Catholic Church in Frankfort, 600 Saint Mary’s Ave, Frankfort, IN 46041.

Mrs. Sylvia Lorraine Davis, 84, passed away on Sunday, January 19, 2020 at Witham Memorial Hospital in Lebanon with family by her side. She was born on February 23, 1935 in Honolulu, Hawaii; a daughter of the late Louis and Isabelle Sauter.... View Obituary & Service Information

The family of Sylvia L. Davis created this Life Tributes page to make it easy to share your memories.

Send flowers to the Davis family.