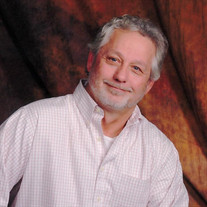 Mr. Wayne Lee Kiplinger, 68, longtime resident of Jamestown, Indiana, passed away at home on Friday, April 15, 2022 with his loving family by his side. He was born on February 10, 1954 in Muncie, Indiana, a son of the late Jack K. and Joyce K. (Applegate) Kiplinger. He attended schools in Muncie. Following high school, he served his country honorably in the U.S. Air Force. On January 19, 2007 he was married to Betty A. (Keeley) Kiplinger in Lebanon, Indiana; she survives. Wayne was highly skilled with electronics and computer consulting and was a member of Lebanon Rock Church. He had a passion for photography and film production. Maintaining his health and physical fitness was also very important to him. He will be dearly missed by a loving family and good friends. Survivors include his wife, Betty Kiplinger of Jamestown; sons: Brad (Jeni) Kiplinger of Roachdale, James (Jessica) Kiplinger of Lebanon; stepdaughters, Tammy (Jeff) Swafford of Lebanon, Lisa Smith of Lebanon; nine grandchildren; brother, Kent Kiplinger of Muncie; sisters, Debbie (Dennis) Hurst of Oregon, Missy (Dean) Blevins of Muncie, Kathy (Frank) Whitmore of Shirley; sisters-in-law, Doris (Ron) Cole of Jamestown, Marjorie (George) Runion of Mooresville and Catherine (Doug) Davis of Lebanon. In addition to his parents, Wayne was preceded in death by his first wife, Barbara Kiplinger and a brother, Bobby Kiplinger. Funeral Services with military rites will be held at 2:00 p.m. on Thursday, April 21, 2022, at Myers Mortuary, 1502 North Lebanon Street in Lebanon, Indiana. Visitation will be held from noon, 12:00 p.m. until the time of services at the funeral home in Lebanon. Memorials may be directed in his memory to the Lebanon Rock Church: 504 East Elm Street, Lebanon, Indiana 46052. Myers Mortuary & Boone County Crematory have been entrusted with his cremation following services.

Mr. Wayne Lee Kiplinger, 68, longtime resident of Jamestown, Indiana, passed away at home on Friday, April 15, 2022 with his loving family by his side. He was born on February 10, 1954 in Muncie, Indiana, a son of the late Jack K. and Joyce... View Obituary & Service Information

The family of Wayne Lee Kiplinger created this Life Tributes page to make it easy to share your memories.

Send flowers to the Kiplinger family.