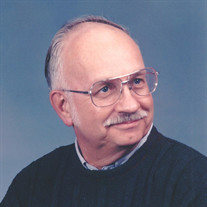 William “Bill” J. Barnard, 81, passed away at his home in Lebanon on Wednesday, January 29, 2020. He was born in Indianapolis, Indiana on June 3, 1938 to the late Robert Jesse and Helen Virginia (Wolfe) Barnard. Bill was a 1956 graduate of Carmel High School. He was married to Carol J. (Moore) Barnard in 1961; they later divorced, and she passed away May 4, 2016. He worked as a machinist for Mitchell and Scott of Indianapolis, retiring after 32 dedicated years. Bill was a car and gun enthusiast, avid reader, and had a love for dogs. He was a caring father who adored his grandchildren and great grandchildren. Survivors include: Children: Ellen (Mark) Bailey of Lebanon Rick Barnard of Lebanon Jennifer (Bill) Bailey of Lebanon Robert (Elizabeth) Barnard of Lebanon Extended Family who also loved our father, Joe Dixon and family, Connie (Jay) Funk and family, and Lynnetta Boice. Nine Grandchildren Seventeen Great Grandchildren Three Great-Great Grandchildren Many Nieces and Nephews Funeral Services will be held at 2:00 p.m. on Sunday, February 2, 2020 at Myers Mortuary, 1502 North Lebanon Street, in Lebanon, Indiana. Visitation is planned from noon until time of service on Sunday at the funeral home in Lebanon. Interment of Ashes will be at a later date at Star Baptist Cemetery in Greensburg, Indiana. Boone County Crematory has been entrusted with his cremation arrangements. Memorials may be made in Bill’s memory to the St. Jude Children’s Hospital, 501 St. Jude Place, Memphis, TN 38105.

The family of William "Bill" J. Barnard created this Life Tributes page to make it easy to share your memories.

Send flowers to the Barnard family.